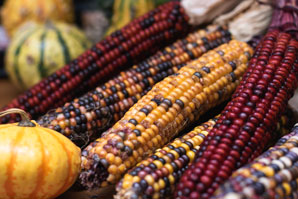 A reference genome for an inbred tropical maize variety offers an unprecedented view of the crop’s genetic variation, helping point the way toward genes for agronomically important traits.

Existing maize reference genomes are all from temperate varieties. These fail to capture the genetic diversity of maize lines, which can be greater than the difference between humans and chimpanzees.

To address this, a team led by researchers at Huazhong Agricultural University combined several sequencing and assembly technologies to produce a reference genome of the tropical inbred line small kernel.

The small-kernel reference provides a valuable glimpse into maize diversity, leading the researchers to call for sequencing at least 20 more reference genomes to properly understand the genetic variability of maize.