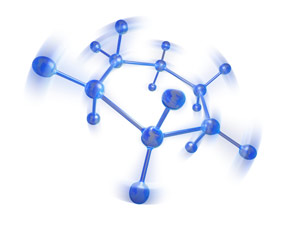 In a world first, researchers have precisely monitored how three gold atoms jive when an ultraviolet pulse induces them to form a bond.

Now, a team led by KAIST researchers has created real-time movies of the birth of a chemical bond in a reaction that gold cyanide undergoes when irradiated by ultraviolet light.

A technique known as X-ray liquidography allowed them to track the trajectories of three atoms as they covalently bonded to form a trimer. The results showed that the reaction occurred in two separate stages — not in two parallel tracks as previously thought.

The researchers anticipate that using more-intense X-rays would enable the atomic motions of many other chemical reactions to be directly tracked.