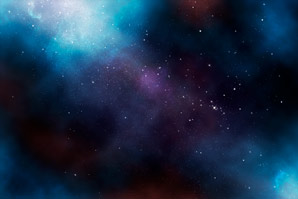 The source of ‘missing’ normal matter, which has eluded astronomers for decades, has been detected using mysterious bursts of radio waves from nearby galaxies.

Ordinary matter should make up about 5% of the Universe (with dark matter and dark energy making up the remaining 95%) according to modern cosmology. But astronomical observations have only been able to account for about half of that 5%. Astronomers have been searching for this missing matter for the past two decades.

Now, a team that included researchers from Curtin University in Australia has found it lurking in the halos of galaxies and highly diffuse intergalactic space.

By using a radio telescope to examine four fast radio burst sources in nearby galaxies, they could estimate how much ordinary matter lies in the intervening space between these sources and Earth. This estimate agrees well with the predictions of cosmology.