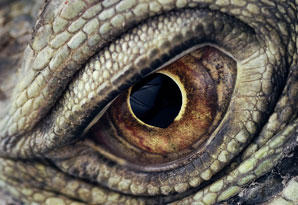 Lizards roamed the planet millions of years earlier than thought, and likely survived the worst mass extinction in Earth’s history.

Previous fossil finds had suggested that lizards and snakes emerged around 168 million years ago. A team including researchers from Flinders University used high-resolution computed tomography scanning to study a reptile fossil, named Megachirella wachtleri, from the Italian Alps, which had been dated to 240 million years ago. They observed previously unnoticed features on the fossil’s head, wrist and shoulders, and concluded that Megachirella is the oldest known lizard. The team’s revised reptilian evolutionary tree suggests that lizards emerged a few million years before the Permian mass extinction 252 million years ago, which wiped out almost 90 per cent of species.

The finding contradicts theories that snakes and lizards originated after the Permian extinction, and suggests they instead rapidly diversified after surviving the event.