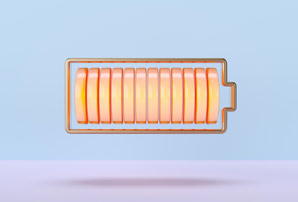 A Kevlar-like ingredient could help to speed the development of next-generation lithium batteries.

Simply switching the anode material in rechargeable lithium-ion batteries from graphite to lithium metal could boost the anode energy density by roughly ten times. However, these high-capacity batteries will require new electrolytes to function safely and reliably.

Now, a team that included four scientists at Deakin University in Australia has shown that a solid electrolyte that combines a rigid Kevlar-like polymer with ionic liquid and lithium salt components could be ideally suited for such batteries.

The electrolyte was stable, highly conductive and non-flammable. It also supressed the formation of damaging needle-like protrusions that otherwise sprout from the anode as the battery is repeatedly charged and discharged.

Each component of the electrolyte could be easily varied, which would allow the electrolyte to be tailored for different next-generation energy-storage devices, the team says.