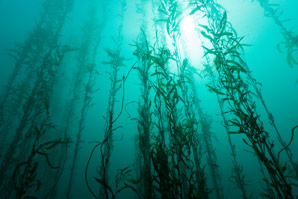 Our oceans may be storing more carbon than previously considered possible, and it’s all thanks to seaweed.

During photosynthesis, seaweed absorbs carbon to store energy and build itself. Normally, this carbon is then re-released when these photosynthetic organisms are eaten or break down.

But almost a quarter of the carbon in coastal seaweed eventually sinks to the deep sea or coastal sediments, a landmark international expedition involving researchers from the Spanish National Research Council has found. Such sedimentation permanently traps the carbon, instead of releasing it.

The scale of this phenomenon may significantly impact blue carbon assessments, which appraise the amount of carbon stored in marine habitats.

The sedimented seaweed traces were detected by DNA sampling the Earth’s oceans on a global scale. Further work is needed to precisely define how much blue carbon is stored relative to the amount of DNA detected in samples.