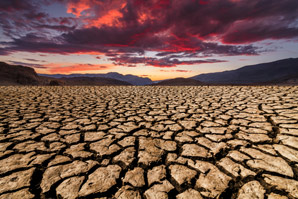 Climate models regularly predict that future warming will be more severe at the equator, but scientists are unsure why.

When a team led by researchers from the Institute for Basic Science modelled global-warming patterns after a sudden quadrupling of atmospheric carbon dioxide, they found that the Earth’s surface heated up faster at the equator.

When they limited the fourfold increase in carbon dioxide to within the tropics, equatorial temperatures rose by 0.74 degrees Celsius, whereas when it was applied to an equivalent area outside the tropics, the equator warmed by 1.02 degrees Celsius.

The enhanced warming was largely caused by a weakening of an atmospheric system that usually carries heat up and away from the equator, as well as changes in cloud cover and slowing ocean currents.

If fossil fuel emissions continue to rise, high-latitude ocean warming, especially in the North Pacific, will alter the impacts of complex tropical climate systems such as El Nino.