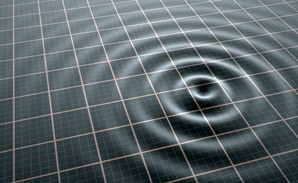 Sound waves have been used to generate reproducible patterns in chemical reactions that are far from equilibrium.

Now, a team led by researchers from the Institute for Basic Science in South Korea has shown that sound waves with frequencies equivalent to keys near the lower end of a piano keyboard can affect reactions between water and oxygen or carbon dioxide.

The researchers anticipate this effect could be used to control the arrangement of biomolecules in solution.