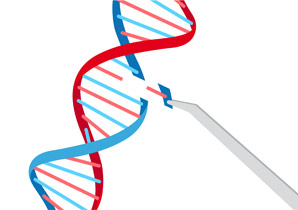 CRISPR–Cas9 technology is an incredibly powerful way to edit genes, but it sometimes causes unintended edits in off-target regions.

Devised by researchers at ShanghaiTech University, the new gene-editing method could allow for safe and effective correction of disease-causing mutations or the precise manipulation of genes for therapeutic gain.

The system uses a base-editing enzyme tethered to a counteracting ‘antidote’ protein. When the tool binds at target sites, the antidote is cleaved off and the base editor alters the desired DNA — swapping one base for another — without introducing unintended mutations.

The researchers used their base-editing method in mice to create shortened versions of PCSK9, a protein involved in cholesterol metabolism. The mice subsequently had lower levels of cholesterol in their blood, with no detectable off-target mutations in either their DNA or RNA.