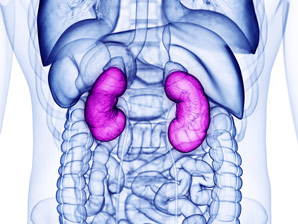 The pathways that cells use to prevent kidney damage by defective lysosomes have been elucidated.

Organelles known as lysosomes are the recycling centres of cells, breaking down waste products into useful components that can be reused. But lysosomes pose a threat to cells if they rupture and spill their harmful contents. Cells employ several strategies for dealing with damaged lysosomes but much remains unknown about the pathways.

Now, a team led by researchers at Osaka University has discovered how these responses operate in the kidneys to prevent damage induced by crystals.

They discovered that a protein known as TFEB turns on genes that cause damaged lysosomes to self-destruct and that also induce the production of replacement lysosomes. The researchers also found that lipidation of a protein called LC3 was needed to activate TFEB.