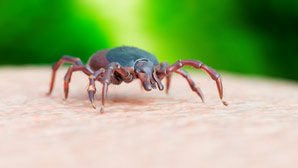 Potent new anticoagulants have been discovered in the genetic code responsible for the saliva of blood-sucking ticks.

Anticoagulants, also known as blood thinners, help prevent unwanted blood clotting and they are given to patients at risk from conditions such as heart attacks and strokes. Some currently used anticoagulants can cause unwanted side effects such as bleeding.

Now, a team led by researchers at the National University of Singapore (NUS) has identified anticoagulants that are more potent than existing ones and yet cause less bleeding.

They realized this by first analysing the genetic sequences of inhibitors of an enzyme that induces blood coagulation found in a tropical tick and then optimizing their pharmacological activity. Since the saliva of blood-sucking animals contains compounds that stop blood from clotting, they are promising source of anticoagulants.

The team now intends to determine the safety of the compound in humans before conducting clinical trials.