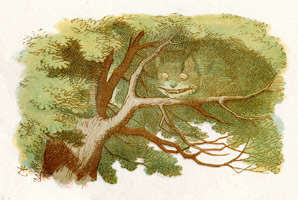 Two light particles, or photons, can swap a physical property known as polarization without ever coming into contact with each other.

One of the most bizarre predictions of quantum physics is that a property of a quantum object can be physically separated from the object itself — much like the Cheshire cat in Lewis Carroll’s book Alice’s Adventures in Wonderland, which vanishes but leaves its grin behind.

Experimental evidence for this quantum Cheshire cat effect was observed in 2013, but it was possible to explain it without invoking quantum physics.

Now, a team that included two researchers at Nankai University in China has shown for the first time that two photons can exchange their polarizations without ‘meeting’ each other in the classical physics sense. Their measurements put beyond doubt the quantum nature of this weird effect.