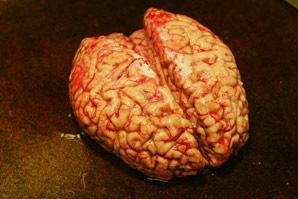 Mutations that arise in the brain during the course of ageing seem to contribute to the development of Alzheimer’s disease.

A team co-led by KAIST scientists analysed the DNA from post-mortem brain samples of 52 people who had Alzheimer’s and 11 age-matched, unaffected controls.

They found that while the total number of point mutations did not differ significantly between individuals with and without the neurodegenerative disease, people with Alzheimer’s had accumulated mutations in genes implicated in the disease process.

Specifically, the researchers showed that various gene changes contribute to the aggregation of tau proteins into tangles that interfere with brain signalling and communication. In a series of functional assays, they also drilled down into the molecular mechanism by which one of these mutations leads to tau accumulation.

The novel insights into the genetic factors behind Alzheimer’s could lead to new strategies for treating the disease.