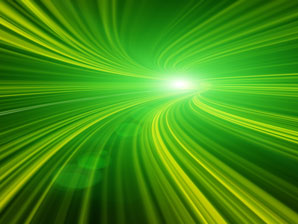 A current consisting of the flow of electron spins can generate a mechanical force large enough to cause a small cantilever to wag up and down.

Conventional electric currents are generated by the flow of electric charge caused when electrons move along a conductor. But electrons have another property known as spin, which can also be caused to flow.

Now, a team led by researchers at the Advanced Institute for Materials Research (AIMR) at Tohoku University has demonstrated that the angular momentum carried by electron spins can be used to cause a cantilever to vibrate.

They injected spin into the cantilever by heating one end of a magnetic insulator. When the spin waves relaxed, a force was generated that caused the cantilever to vibrate.

Unlike conventional electric currents, the transfer of spin current does not require wiring, making it attractive for use in miniature devices.