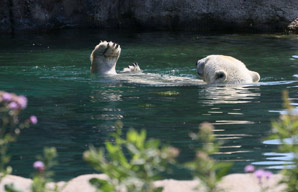 The real risks of an ice-free Arctic in summer have been revealed by a new statistical approach to testing climate predictions.

Climate models often depend on similar assumptions about complex variables, such as local cloud and vegetation cover. Ignoring this can lead to overconfidence in their projections.

A team that included researchers from the University of New South Wales in Australia has developed a statistical technique that translates multiple simulations into more reliable probabilities by ranking each model on how well it reflects reality.

They applied their method to 31 climate models to predict the probability of an ice-free Arctic in September under different global-warming scenarios, revealing a 28% chance that Arctic sea ice will disappear each summer if temperatures rise 2 degrees Celsius above pre-industrial levels.

Reducing the uncertainty of combining multiple climate models will enable policymakers to act confidently based on future projections.