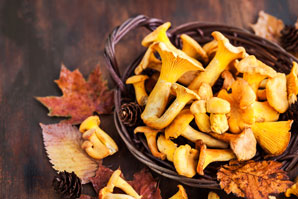 A fungus that gathers gold from the soil to adorn its surface could help miners prospect for the precious metal.

Fungi help cycle many metals such as aluminium, iron and magnesium at the Earth’s surface through their influence on soil processes, but little is known about their interactions with chemically inactive gold.

A team that included researchers from Curtin University studied the pink fungus Fusarium oxysporum, gathered from a gold-mining region in Western Australia.

The team grew F. oxysporum in soils spiked with different quantities of gold and found that fungal diversity and size increased with increasing gold content.

This fungus could be a natural signpost to gold, reducing the cost and environmental impacts of prospecting through excessive drilling.