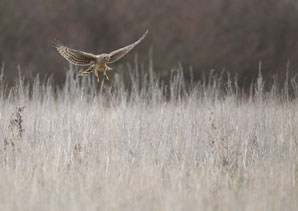 Gamekeepers of Great Britain may be secretly shooting down endangered hen harriers over their red grouse hunting grounds.

Wildlife crime is a huge challenge for conservationists to observe and quantify.

Using satellite tracking devices, a team led by researchers from the University of Cape Town studied the fates of 58 hen harriers — a protected species across Europe — in northern England and Scotland between 2007 and 2017.

When they overlaid the harriers’ movements on habitat maps, the researchers found that most deaths or inexplicable disappearances occurred when the birds had been frequenting grouse moors. Alarmingly, less than 20% survived their first year. The researchers are confident that, without natural predators such as eagles or foxes to blame, the most likely cause of death was illegal shooting.