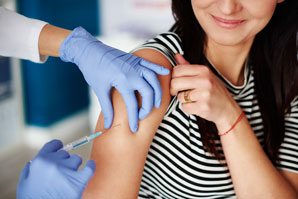 The discovery of a previously unknown structure in the immune system could help scientists to develop more-effective vaccines.

Vaccines work by priming the immune system so that when it encounters a pathogen in the future, it ‘remembers’ it and can quickly produce antibodies to fight it. Cells known as memory B cells are responsible for this memory effect, but scientists did not know where or how they are reactivated.

Now, by taking videos using a three-dimensional microscopy technique, a team that included University of New South Wales researchers has discovered that memory B cells are found in thin, flat structures on the lymph nodes of mice. These structures appeared only when the immune system was activated to fight an infection that it had been previously exposed to. The researchers also found similar structures in the lymph nodes of human patients. The activated memory B cells turned into infection-fighting plasma cells.