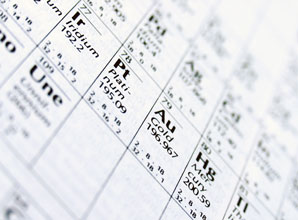 A new type of atomic-level deformation has been observed in platinum.

When compressed, most metals deform as their atoms shift to new positions. A deformation process called twinning, in which two adjacent layers of atoms shift slightly past each other, was thought to occur only as a layer-by-layer process.

A team including researchers at the WPI Advanced Institute for Materials Research at Tohoku University has now observed a new type of twinning in platinum, a nanocrystalline metal. The two shifting layers of atoms are separated by a single atomic layer, creating a step-like, three-layer system. This deformation differs from the layer-by-layer process previously thought necessary for twinning.

Understanding how metals deform at the atomic level could help researchers make metal alloys that can be stretched and reshaped without weakening.