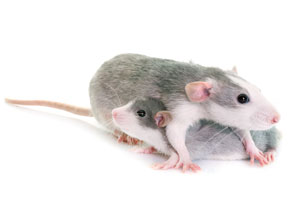 Mice learn the rules of reciprocity to get a fair share of greater rewards.

Unwritten rules, such as ‘first come first served’, allow humans to resolve conflicts without fighting, but it is not clear whether impulsive mammals like mice can learn to walk the path of peace.

A team led by researchers from the Institute for Basic Science, in Daejeon, trained individual mice to scurry to one of two lights in a maze to be rewarded by an electrical pulse to the pleasure centre of their brain. They put two mice in the maze at the same time, but only rewarded the one that was first to reach the illuminated light. If the second mouse stepped into the ‘reward zone’, the reward — and the experiment — stopped. The mice soon learned that if they waited while the other received their reward, or split up to wait by one light each, they would both receive more rewards than if they fought.

The findings suggest that the mice had learned and created a rule to ensure mutual benefits in the long run.