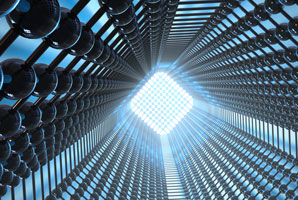 Scientists have developed an inexpensive and versatile method for making modular building blocks from tiny particles, laying the foundations for new applications including drug delivery, chemical sensing and energy storage, according to a report published in Nature Nanotechnology.

Led by the University of Melbourne, a team of Australian and international researchers have developed a simple technique that transforms a variety of micro- and nanoparticles into LEGO brick-like components with different sizes, shapes, compositions and functionalities that can be used to create complex superstructures.

By first transforming the surface of the particles using a coating of polyphenol — an inexpensive and widely available adhesive — to resemble the ‘studs’ on LEGO bricks, and then using metal ions to interlock the particles, the researchers demonstrated a simple, cheap and modular approach for constructing superstructures, with lengths ranging from nanometres to centimetres.