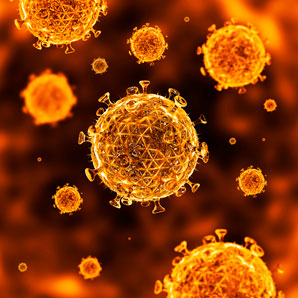 Genital inflammation interferes with the effectiveness of a topical gel to prevent HIV acquisition.

A South African-led team, including researchers from the University of Cape Town, measured levels of nine inflammatory molecules in vaginal tract cells collected from sexually active young women who participated in a randomized, placebo-controlled clinical trial of a microbicidal gel designed to prevent HIV infection.

They found that the prophylactic gel worked well among women without genital inflammation: the therapy reduced HIV infections by 75 per cent relative to the placebo when applied as directed for most sexual interactions. There was no such protection, however, among women with elevated inflammatory markers in the vaginal environment, even with proper usage of the gel.

The findings suggest that reducing genital inflammation could enhance the ability of antiretroviral gels to thwart HIV transmission during sex in at-risk populations.