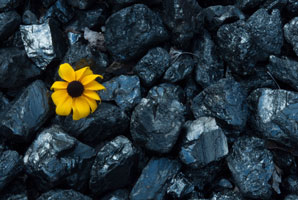 The carbon in Earth’s mantle – the source of graphite and diamonds – has had many sources over the history of our planet, a study published in Nature Geoscience suggests.

A team of US scientists, including a researcher from the City University of New York, analyzed samples of carbonatite, a rare type of carbon-rich rock that forms in magma, aged between 40 million and 2.6 billion years, and collected from different locations around the world.

The scientists analyzed the ratios of boron isotopes inside the carbonatite and discovered that these ratios varied depending on geological age — younger samples had higher boron isotope levels and older samples had lower levels — indicating that their carbon source also varied.

The researchers propose that during the last two billion years of Earth’s existence, as tectonic plates went under each other, a cooling mantle allowed more of Earth’s crust to penetrate deeper into the mantle. This may have stored the crust’s recycled carbon as deep as the core-mantle boundary, they say.