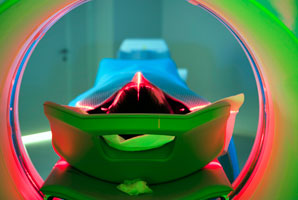 Shining a laser on tiny defects in diamonds could pave the way to non-invasive nanoscale medical imaging.

A team led by researchers from the University of Melbourne have created a microwave-free imaging technique. By shining a laser on an atomic defect in a diamond they were able to observe how electrons in the defect responded to the nuclear spin of atoms in an adjacent layer of hydrogen molecules, the target of their study.

The diamond probe proved as sensitive as microwave-based NMR but didn’t interfere with the target sample, marking an important step towards non-invasive molecular imaging.