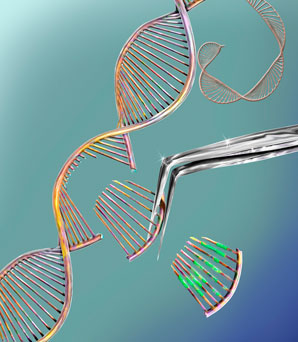 A genome-wide screen for long RNAs that do not code for proteins has revealed many that are essential for cell growth.

A team from Peking University used CRISPR gene editing to target splice sites of long non-coding RNAs, thereby knocking out their function. By targeting around 11,000 RNAs in this way in three different human cell lines, they identified several hundred needed for the growth of one cell type or another.

Some of these RNAs were vital for the survival of all the cell lines tested — but there was a large degree of cell-type specificity in RNA function as well.

The findings offer a new platform for large-scale screening of non-coding genes. They also point to potential new drug targets for diseases of some of the cell types tested, including leukaemia.