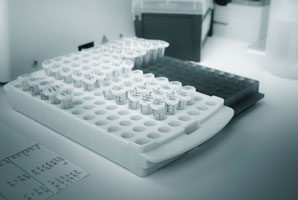 Researchers have identified thousands of ‘non-coding’ RNA genes to compile an online atlas. Their data suggests what the functions of these genes might be and provides a useful resource for further studies.

Piero Carninci and Alistair Forrest, of RIKEN in Japan, and an international team of colleagues identified 27,919 long non-coding RNAs (lncRNAs) — formed of more than 200 nucleotides — by compiling analyses from published data. Non-coding RNAs, which form 98 per cent of all RNAs, do not code for proteins and their functions are still being discovered.

The team found that more nucleic acid sequences in lncRNAs have been conserved across species than previously thought; meaning they have not changed through evolution. They also found that different lncRNAs were specifically expressed in certain types of cells, which could help explain their functions. For example, lncRNAs specifically expressed in stem cells could play a role in maintaining their pluripotency.

The researchers anticipate their database will be a useful resource for prioritizing which lncRNAs should be further studied for more detailed understanding of their functions.