Measurement of interaction between antiprotons 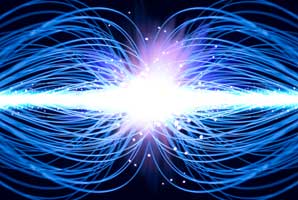 Researchers and armchair philosophers have long wondered why matter dominates the Universe instead of antimatter. Scientists had theorized that matter prevailed due to antiparticles interacting differently to their matter analogues.

But now the STAR experiment — an international team of more than 500 scientists, including some from the Moscow Engineering Physics Institute — has published a study in Nature that measured antiproton interactions, and found them to be similar to run-of-the-mill protons, confounding hopes that antiproton interactions may be involved in the matter-antimatter question.

Using the Relativistic Heavy Ion Collider (RHIC) at Brookhaven University, the team smashed gold nuclei together at almost the speed of light, producing a plethora of subatomic particles including antiprotons. They found that, when close enough, antiprotons overcame their inherent repulsion and bound to each other via the nuclear strong force, just as protons do.

“It may not give us a solution to the bigger problem, but we most definitely removed one option," says Frank Geurts from Rice University, one of the study authors.