Persistence of Biogeochemical Alterations of Deep‐Sea Sediments by Bottom Trawling 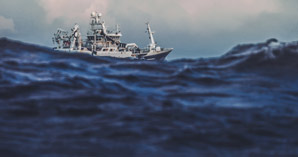 Deep-sea trawling leaves scars on the sea floor, stirring up sediments and changing the biochemistry of the water. Two-month trawling closures have been introduced in one area of the Mediterranean Sea to avoid over exploitation.

Now, a team led by scientists from the Spanish National Research Council has investigated what effect these trawling closures had. They found that sediments in trawled areas contained lower levels of organic matter even after two months of respite from trawling.

The team also found that while some sediment did resettle in these areas during the break, it was accumulating at such a low rate it would take 10–30 years to recover 10 centimetres of sediment and partially restore the seafloor back to its original sediment levels.