Increasing Escape of Oxygen From Oceans Under Climate Change 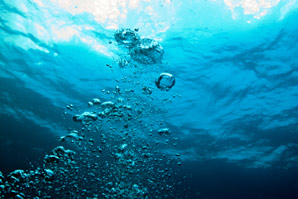 Oceanic oxygen has been declining for several decades, but determining the cause of this trend is challenging due to the lack of long-term global observations.

Now, a team led by researchers from Lanzhou University have used a suite of global climate models to simulate the oceanic oxygen budget. They found that outgassing — oxygen escaping from the ocean to the atmosphere — is behind the recent decline, and that ocean warming accounts for around a quarter of all outgassing.

By simulating outgassing under future scenarios for greenhouse-gas emission, the team found that outgassing will accelerate, potentially causing a 2% drop in marine oxygen by the end of this century.

An increasingly oxygen deprived ocean could have a devastating effect on marine biodiversity.