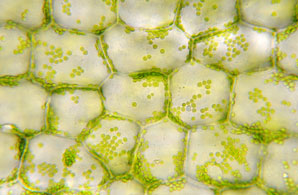 A biocompatible solvent designed to dissolve cellulose could overcome a barrier impeding the transformation of plant matter into biofuel.

Plants encase their cells in a tough wall of cellulose, a hydrocarbon structure highly resistant to chemical and physical attack. The harsh conditions needed to break cellulose apart so that it could be fermented into biofuel would kill the fermentation microbes.

The researchers supressed this attraction, while maintaining cellulose attack, by designing a single-component solvent that incorporated the positively and negatively charged parts into the same molecule. The solvent could be used to convert cellulose all the way to ethanol in a single reactor.