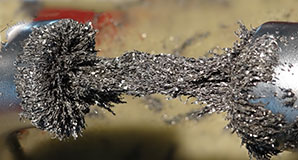 Scientists from China and Japan have investigated the boundary between two magnetic materials, providing a better understanding of how the materials work together, which could lead to the development of state-of-the-art magnetic devices, according to a study in ACS Nano.

Now, a team of scientists from Japan and China, including researchers from the Advanced Institute for Materials Research at Tohoku University, has uncovered the magnetic coupling mechanism that acts at the interface of layers of ferroferric oxide, and could lead to a better understanding of the magnetic behaviors of materials, opening the door to advanced magnetic materials and devices.