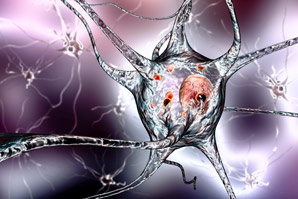 The formation of agglomerates of proteins associated with neurodegenerative disorders such as Parkinson’s disease depends on pH and the ‘seed’ proteins present.

Several neurodegenerative disorders are characterized by the build-up of misfolded proteins such as alpha-synuclein in the brain. But the factors that affect how these structures form are not well understood.

Now, a team that included researchers from Kanazawa University in Japan has used high-speed imaging technology to study how fibrils of alpha-synuclein form and grow under different pHs and seed proteins initially present.

They found that different combinations of seed protein structures with strands of proteins led to the formation of various alpha-synuclein fibril structures and at varying rates of growth. These different structures may have different effects in the brain, which could account for why the clinical features of neurodegenerative disorders can change so much from person to person.