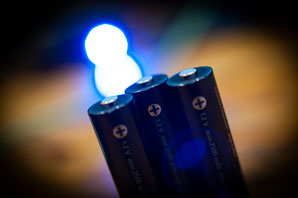 High-performance rechargeable batteries made from pure lithium metal and having an unprecedented energy-storage capacity could be realized based on the findings of a study by an international team that includes Northwestern Polytechnical University researchers.

To maximize energy capacity and minimize weight, lithium-ion batteries would ideally have an anode of pure lithium metal. But as the battery is repeatedly charged and discharged, needle-like structures called dendrites grow from the lithium surface that would ultimately short-circuit the battery. Today’s lithium-ion batteries thus store lithium ions within layers of graphite at the anode. But incorporating graphene reduces battery capacity and adds weight.

The researchers have combined experiment and simulation to analyse the fundamental mechanisms of dendrite growth, to look for new ways of suppressing dendrites. They showed that the more tortuous a path the lithium ions had to travel through the battery, the fewer dendrites formed. Batteries that incorporate porous media that force lithium ions along longer pathways are a promising avenue for improving the performance of lithium-metal batteries, the researchers say.