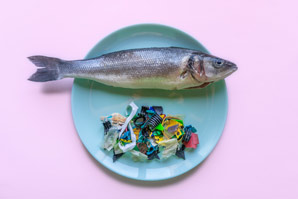 Chemical analysis of key commercial seafood species has revealed sardines have one of the highest concentrations of microplastic contamination.

Microplastics in seafood samples are usually studied by microscopy or spectroscopy, but both methods are limited when it comes to smaller particles of plastic.

A team of researchers, led by a scientist from the University of Queensland, bought prawns, squid, oysters crabs and sardines from a seafood market. They then used a chemical analysis technique called pyrolysis−gas chromatography mass spectrometry to determine the concentrations of five types of plastics in them.