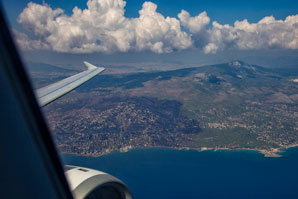 A sampling instrument that allows researchers to get a more accurate fix on the concentration of peroxy radicals in the troposphere could help to enhance our understanding of atmospheric chemistry.

Peroxy radicals are highly reactive, airborne species that play several significant roles in the atmosphere, including degrading volatile organic chemicals and generating ozone. Accurately measuring peroxy radicals is important for understanding atmospheric processes. But the instrument currently used for airborne measurements of peroxy radicals can be adversely affected by moisture levels in the air.