Changes in the Synaptic Proteome in Tauopathy and Rescue of Tau-Induced Synapse Loss by C1q Antibodies. 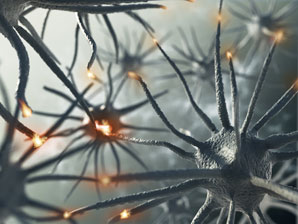 An antibody drug that blocks part of the innate immune system in the brain can help prevent tau-induced loss of neuronal connections in mouse models of Alzheimer’s disease.

Working in mice that express a pathological form of human tau, researchers at the Roche subsidiary Genentech screened for proteins that build up on the receiving end of neuronal junctions. Alongside active forms of tau, they found high levels of C1q, part of the complement system that aids other immune processes.

Together, the two proteins seemed to tag the synapses for destruction by immune-scavenging cells called microglia. That synaptic removal could be blocked, however, by administering a C1q-directed antibody directly to the mouse brain. Five days after the injection, synaptic density was enhanced.

The findings suggest that targeting C1q and the microglial-mediated eating of synapses is worthwhile for treating Alzheimer’s and other neurodegenerative disorders.