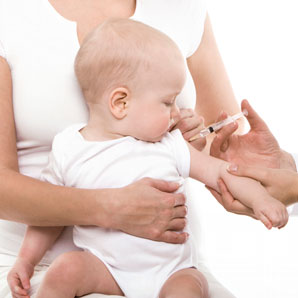 Exposing baby mice to antibiotics impairs their responses to five common vaccines, scientists have found. This discovery may have important implications for vaccination programmes globally.

Vaccines are often administered to babies during their first year of life to strengthen their immunity to diseases, but the responses of individual babies to vaccines varies considerably.

Now, a team that included researchers at Flinders University has found that the effectiveness of vaccines against pneumonia, tuberculosis, meningitis and whooping cough is reduced in mice that had previously been exposed to antibiotics early in life.

The antibiotics used in the study altered the makeup of bacteria in the gut, which in turn reduced the effectiveness of the vaccines. The vaccine response could be restored by giving the mice healthy gut bacteria through transplants, prebiotics and probiotics.