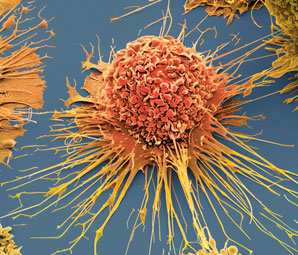 Bacteria are constantly trying to outwit the immune system to gain a foothold in the body. Now we’re closer to understanding one of the tricks they pull, which could lead to new methods of infection prevention.

Inflammasomes are protein sensors that float in the cytoplasm of immune cells and act as cellular trip wires to detect invaders such as bacteria. Once activated, they cause the infected cell to release pro-inflammatory molecules that rally other immune cells, burst and die. In response, bacteria have developed different ways of knocking out inflammasomes.

A team of ECUST researchers and colleagues investigated how Edwardsiella tarda — a bacterial pathogen that infects a wide range of hosts, from fish to humans — operates. By secreting a molecule called EvpP into cells, the bacterium manipulates calcium levels, which in turn inhibits an inflammasome called NLRP3. Thwarting this process prevented E. tarda from colonizing mice, which could have therapeutic implications. EvpP could also be investigated as a treatment for inflammatory diseases, which have also been associated with inflammasome activation.