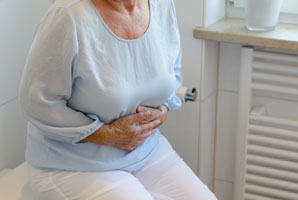 Specialized cells in the gut act as chemical sensors that can rapidly alert the nervous system to signs of trouble in the intestines.

The finding, from a team that included Flinders University researchers, could lead to new therapies that correct gut overreaction to certain substances in gastrointestinal disorders such as irritable bowel syndrome.

The researchers coaxed mouse stem cells into intestine-mimicking ‘organoids’ or ‘mini-guts’ and then profiled how enterochromaffin cells in the intestinal lining responded to a range of different molecules. They showed that the cells express specific receptors that are activated by three broad types of molecules: bacterial by-products; hormones involved in stress signals; and known triggers found in food.

Activation led to release of the hormone serotonin, which prompted the creation of synaptic junctions with nearby neurons and the relay of signals up to the brain.