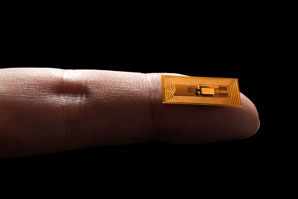 A wearable optical sensor for monitoring human health has been developed an international team of scientists.

Wearable medical devices must be flexible enough to conform to the contours of human skin and the movements of the human body, while maintaining their functionality. However, this is difficult to achieve with materials like silicon, which is typically used in the construction of sensors, owing to its brittleness.

Now, a team that included researchers from Waseda University in Japan has developed an optoelectronic sensor only a few micrometres thick capable of detecting near-infrared light that can be bent thousands of times without affecting its performance.

Made by depositing a light-sensitive layer of aromatic polymers onto a polymer substrate, the device could monitor blood flow by attaching it to a patient’s fingertips.

The work could lead to new manufacturing techniques for creating high-performance materials.