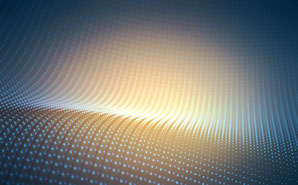 Scientists have developed an innovative technique for making better micro solar cells, opening the door for new applications from photodetectors to bioimaging devices, according to a study published in Advanced Materials.

Colloidal quantum dots are nanoscale semiconductor particles grown from a solution. They have attracted considerable attention due to their optical properties, tunability, and capacity for being coupled using simple, low-cost manufacturing processes.

Led by researchers from ShanghaiTech University, scientists have now produced an inverted structure quantum dot solar cell made from a nickel oxide layer that acts as the anode, and a layer of iodide combined with lead sulphide, which forms the cathode.

The design allows for a large insulating region between the layers that significantly increases the generated photocurrent, leading to quantum dot solar cells with an efficiency of nearly 10%. Further, it lays the foundations for higher efficiency devices.