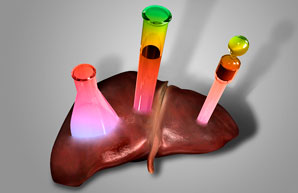 A microfluidic device designed to grow liver cell cultures in three dimensions offers a new platform for testing the toxicity of drug compounds.

A team co-led by researchers from the University of South Australia engineered a ‘liver-on-a-chip’, which had a silicon base etched with tiny channels that mimic blood vessels in the liver. When they coated the device with mouse liver cells, which are ordinarily difficult to culture in the lab, the cells thrived and secreted high levels of proteins and metabolites.

The researchers then added three common drugs, which had known liver-associated side effects. The drugs were metabolized in the chip and affected cellular health in ways similar to those documented in living mice, demonstrating the potential of using the bioartificial liver as an alternative to animal models for toxicology studies.