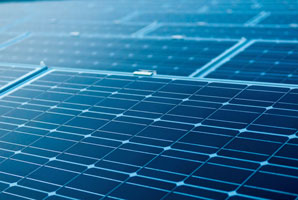 Sheets of black phosphorous, a few billionths of a metre thick, could improve the efficiency of certain types of photovoltaic cells, according to a study led by researchers from Flinders University.

Solar cells based on carbon nanotubes and silicon are promising as a cheaper and easier-to-manufacture alternative to crystalline silicon cells. But one challenge with these new solar cells is boosting the efficiency they convert sunlight into electricity.

One approach is to include a layer of ultrathin nanoflakes in the solar cell. Few-layer black phosphorous — also known as phosphorene — has all the right properties to make it suitable for this use.

In this study, the team developed a quick method of manufacturing high-quality phosphorene flakes. When they incorporated these phosphorene flakes into the carbon nanotube–silicon solar cells, they found that the cells’ power conversion efficiency improved significantly.