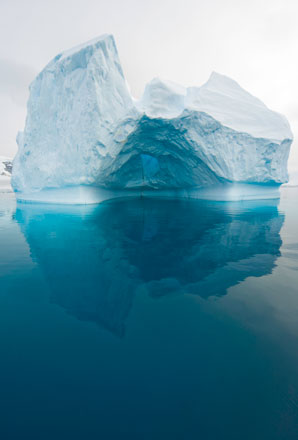 Concentrations of tritium, a radioactive isotope of hydrogen, in Antarctic ice could shed light on the stratosphere’s role in the water cycle.

Natural tritium forms in the stratosphere — between 14 and 50 kilometres above Earth — and enters the water cycle by merging with hydrogen and oxygen. Tritium is thought to be a better tracer for stratospheric moisture than chemicals such as beryllium which get attached to aerosols.

A team, including a researcher from Roshydromet, measured tritium concentrations over the last 50 years in three ice cores from the Vostok station, Antarctica. They observed a 10-year cycle, linked to solar cycles, and a three to five-year cycle that could be linked to atmospheric circulation.

This new dataset could help clarify how climate conditions are affected by moisture from the stratosphere.