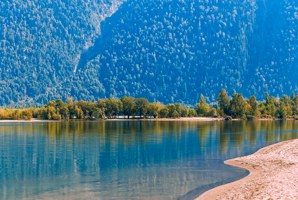 Like carbon dioxide, methane is an important greenhouse gas that contributes to man-made climate change. Scientists have analysed air samples collected over Siberia and found that methane levels have increased over the past few decades.

A vast area in northern Russia, Siberia contains many oil and gas fields, which release significant amounts of natural gas due to leakages that occur during the production and transportation of fossil fuels. These emissions contribute significantly to global methane levels.

An international team of scientists, including researchers from Roshydromet in Russia, has tracked methane levels between 1993 and 2015 at different altitudes above a pine forest and in an area of boreal wetlands in the West Siberian Lowland. They found that concentrations have increased at both locations over this period.

The work provides deeper insights into changes in methane emissions from northern Eurasia, as well as regions to the south, such as China, India and South East Asia.