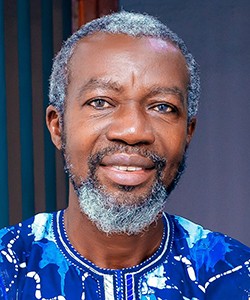 Akin Jimoh is a leader in promoting science and public health journalism in his native Nigeria and across the African continent. He was the first news editor for the World Federation of Science Journalists’ website and played key roles as a mentor and anglophone coordinator (2009 - 2013) in the Science Journalism Cooperation (SjCOOP) Project.

A medical physiologist and health promotion/education specialist by training, Jimoh started his journalism career in 1990. He became a health reporter with Nigeria’s leading publication, The Guardian, where he expanded the health section to also cover areas in science and public health.  He was also involved in the conceptualization of the ‘revenue spinning’ CompuLife section at the Guardian, focusing on emerging markets in technology in Nigeria in the 1990’s.

Between 2013 and 2017, Jimoh provided professional expertise to the Nigeria Polio Eradication Programme as a communication specialist to shape media response to the polio programme at the United Nations Children's Fund (UNICEF).

A Knight Fellow at MIT in Science Journalism (1999/2000) and Bell Fellow in Population and Development Studies at Harvard School of Public Health (1995/96) he founded Development Communications (DevComs) Network, a media development organisation in science and public health journalism based in Lagos.

He has been a consulting editor at Africa Science Technology and Innovation (AfricaSTI) News, an online science publication. Jimoh regularly volunteers for the Nigeria Academy of Science in the area of science communication. 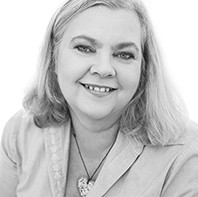 Lynne Smit is a South African journalist and communicator who enjoys understanding and ‘translating’ the most complex and technical of subjects, finding the right angle for the target audience, and writing copy that people want to read. She specialises in finding the best way to tell the story, often using multimedia and social media techniques, including scripting, recording and editing podcasts. Her skills also include photography, design and layout.

Her career track record includes 30 years’ experience working as a reporter and sub editor on various publications, including  newspapers in South Africa and the Financial Times in London.

She has worked for a number of international organisations, including the WHO as senior writer in the WHO African Region headquarters in Brazzaville, and has provided communications services to the UK’s Parliamentary Office for Science and Technology, UNESCO, The EU, and international conferences mostly in the health, technology and innovation arenas. 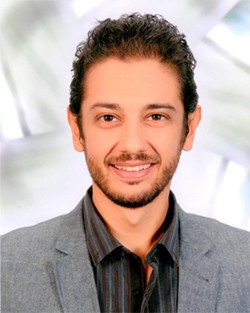