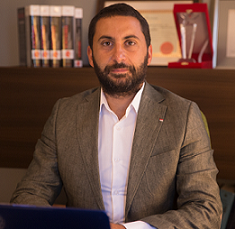 Ege Can Serefoglu received his Medical Doctor degree from Turkey and followed this with a residency in urology. After practicing as a urologist for 2 years, he has then worked as a post-doctorate research fellow at Tulane University Department of Urology, Division of Andrology, USA. He received the “Amsterdam Young Scientist Award” in 2012 and he is actively working in professional organizations such as Turkish Association of Urology, European Association of Urology (EAU), European Society for Sexual Medicine (ESSM) and International Society of Sexual Medicine (ISSM), as well as working as a private urologist in Turkey.

Watch a video from Ege about IJIR: Your Sexual Medicine Journal here. 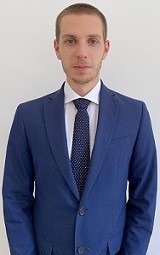 Luca Boeri is a medical doctor who received his degree at Vita-Salute San Raffaele University in Milan, Italy, in 2014. He is currently finishing his residency program in Urology at Foundation IRCCS Ca’ Granda Policlinico Hospital of Milan. In November 2019 he started his PhD program in Clinical Research at University of Milan focusing on couple’s infertility, genetics and immunology.

Since 2014 he continued a successful collaboration with the Urological Research Institute-URI of Milan under the guide of Prof. Montorsi and Prof. Salonia. His specialty areas include sexual medicine, infertility, uro-oncology and minimally invasive surgical techniques. He is an active member of the Italian Society of Andrology where he is part of the WEB group. He is now member of the EAU Guideline Panel on Sexual and Reproductive Health. 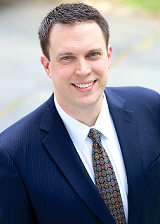 Scott Gabrielsen is an Assistant Professor at the University of Rochester School of Medicine and Dentistry, where he splits his time between clinical practice and basic science/translational research. He completed medical school at the University of Utah. While there, he also earned a PhD in Biochemistry. His dissertation work investigated the effects of dietary iron on insulin sensitivity in humans and mice. He completed his Urology residency training in the Harvard Urologic Surgery Residency Program at the Massachusetts General Hospital in Boston, MA, and subsequently completed a 2-year Fellowship in Male Reproductive Medicine and Surgery at Baylor College of Medicine in Houston, TX. His current research focuses on how diet and lifestyle affect male reproductive health. 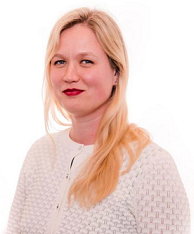 Müjde Özer is both a Plastic Surgeon and Sexologist at the Amsterdam University Medical Center, location Vumc in the Netherlands. She has been associated with the department of Plastic, Reconstructive and Hand surgery since 2012. Müjde studied medicine at the Radboud university in Nijmegen after which she specialized as a plastic, reconstructive and hand surgeon at the AMC in Amsterdam. During the first 2 years of her training as a Plastic surgeon she also specialized in Sexology, got her post-master degree in 2008 and also became a Fellow of the European Committee of Sexual Medicine (FECSM) in 2012.
Both her scientific and clinical fields of interest are genital alteration, transgender surgery, reconstructive genital surgery, all approached with a sexologist background.
Although gender surgery and in genital reconstructions are in her main tasks, she is also skilled in general reconstructive surgery, oncodermatology and hand surgery. 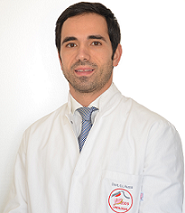 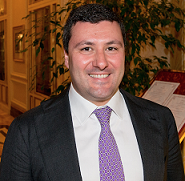 Dr. Paolo Verze was born in Napoli on 25th June 1977. He is an Assistant Professor in the Department of Urology at the University of Naples Federico II School of Medicine and Surgery based in Naples, Italy where he received his medical degree and completed his residency training in Urology. He subsequently completed his doctorate degree (PhD) in urological sciences at the University of Palermo. His specialty areas include sexual medicine, uro-oncology and minimally invasive surgical techniques (robotic and laparoscopic). Dr. Verze is Chairman of the Men’s Health group of the EAU’s Young Academic Urologist (YAU) working party, Member of the EAU Guideline panel on Male sexual dysfunctions, Member of the ESSM Executive Committee and Associate Editor of the International Journal for Impotence Research (IJIR). He is author of about 90 original articles and a number of books, chapters, monographs and international abstracts. 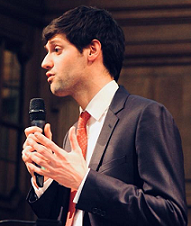 r Emmanuel Weyne received his Medical Doctor degree at the KU Leuven University in Leuven, Belgium and is currently finishing a residency in Urology at the same institution. He obtained the degree of doctor in the biomedical sciences by investigating the role of neurotrophic factors in nerve regeneration after cavernous nerve injury in a preclinical model mimicking erectile dysfunction after radical prostatectomy. His research he has been awarded multiple times at national and international conferences, among which is the prestigious Zorgniotti-Newman prize awarded by the International Society for Sexual Medicine (ISSM). He serves as a member of the Basic Science Sub-Committee  for the European Society for Sexual Medicine (ESSM).