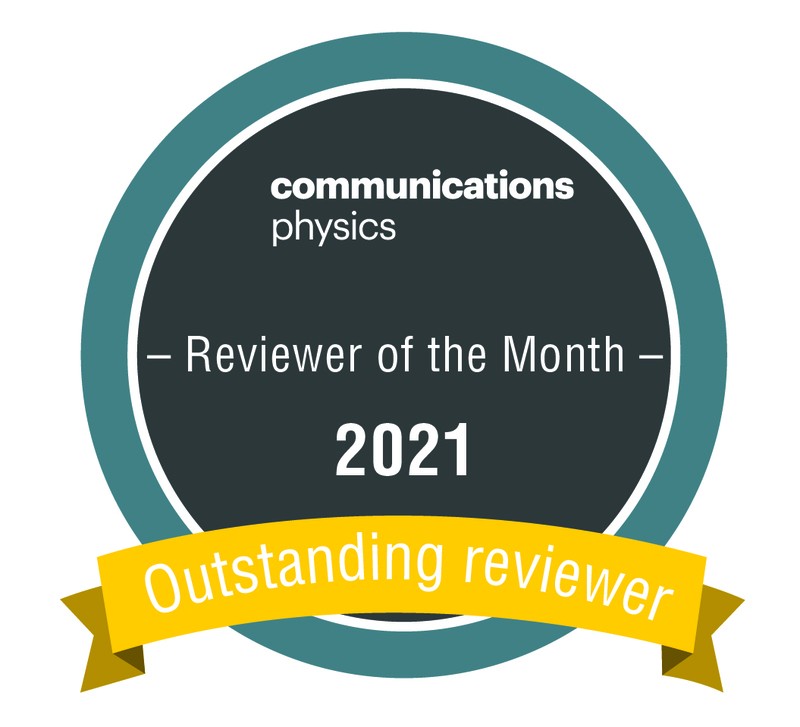 Here we want to highlight the exceptional contribution of some of the outstanding referees that have reviewed for Communications Physics. This list is updated monthly, and all referees listed have consented to being named.

We must note that while it is our opinion that these referees have gone above and beyond what is expected of a reviewer in terms of the value of their reports, the detail of their analysis, or the degree to which they have helped the authors improve their manuscripts prior to publication, we are equally indebted to the hundreds of referees not named below. For every named referee there are many more who have made similar contributions to the manuscripts which they reviewed. We hope that this will inspire our readership about the exceptional value of this element in the process of evaluating new research. From March 2019 we are also highlight in this page our reviewer of the month. This initiative will allow us to recognise the outstanding work of our referees throughout the year. See our first year editorial for more information about this inititive. 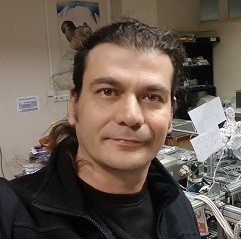 Oguzhan Gürlü is a professor at the Physics Department of Istanbul Technical University. He is interested in the development of scanning probe microscopes (SPMs) and their applications on various novel material systems such as topological materials, nanoscale oxides and water-surface interactions. He focuses on the use of SPMs not only in imaging, but he also explores the opportunities to expand their capabilities as tools for nanoscale manipulation and spectroscopy. He is presently contributing to the efforts on the establishment of the Quantum Metrology Laboratory of National Metrology Institute (TUBITAK-UME) as an active researcher. 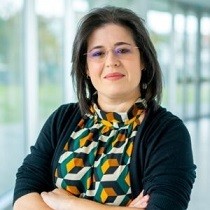 Dr. Mariana Carvalho ir currently the facility manager for the “Nanophotonics and Bioimaging” optical facility at INL. She has a strong background in Optical coherent tomography, nonlinear microscopy and SPIM microscopy. Her research focused in developing new features for these optical tools and take the most of her optical knowledge for developing new diagnosis and testing instruments. 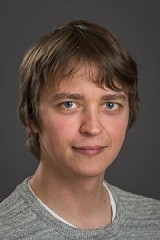 Dr. Tomas Ekeberg is a researcher in the laboratory of Molecular Biophysics at Uppsala University. His research is focused on developing new methods for structural studies of viruses and macromolecules enabled by the ultrafast X-ray pulses from free-electron lasers. He combines simulations and experimental data to investigate and improve the data-analysis algorithms involved to go from raw diffraction to biological structure. 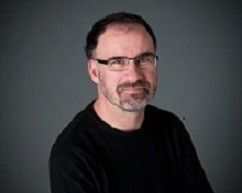 Philip Moriarty is a professor of physics at the University of Nottingham. His research interests span a variety of topic themes in nanoscale physics including, in particular, the imaging, spectroscopy, and manipulation of single atoms and molecules using scanning probe microscopy. He is also enthusiastically committed to public engagement, and collaborates regularly with Brady Haran on the Sixty Symbols YouTube project, which was awarded the Institute of Physics’ Kelvin prize in 2016 for “the innovative and effective promotion of the public understanding of physics” 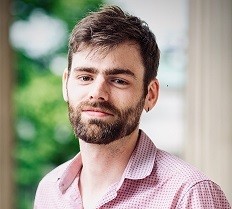 Andrew Maxwell is a postdoctoral fellow at the UCL quantum science and technology institute (UCLQ), investigating aspects such as quantum sensing and photoelectron orbital angular momentum in strong field systems. From November he will start at postdoc with Maciej Lewenstein at the Instituto de Ciencias Fotónicas (ICFO) in Barcelona extending this work to examine entanglement in strong field non-sequential double ionization. 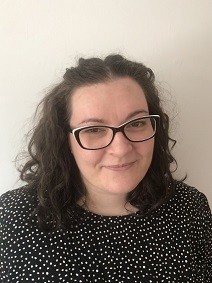 Georgina is Disglair Lecturer in Astronomy Instrumentation at Cardiff University. Her research focuses on novel cryogenic systems and the understanding and practical application of disordered superconductors. 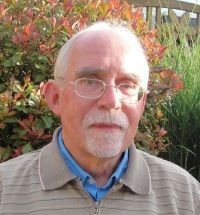 Hans Jürgen Ensikat is a technician and works since 1972 as electron microscopist at the University of Bonn. He employed TEM, SEM, and also AFM in Institutes for Mineralogy, Botany, and in the Nees Institute for Biodiversity of Plants. Now he shares his experiences with the young generations of microscopists. 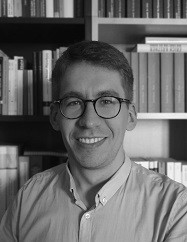 Dr. Robert Großmann is currently a postdoctoral researcher at the Institute of Physics and Astronomy of the University of Potsdam (Germany). His research combines elements of statistical mechanics, stochastic processes and nonlinear dynamics to understand self-organization and pattern formation in complex biological systems. 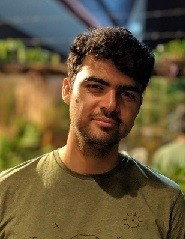 Dr Huziel E. Sauceda is a postdoctoral researcher working in the group of Prof. Dr. Klaus-Robert Müller at the Technical University of Berlin. His current research focuses on the development and application of novel machine learning methodologies for quantum chemistry and materials science with particular interest on the study cooperative effects between nuclear quantum fluctuations and electronic effects. 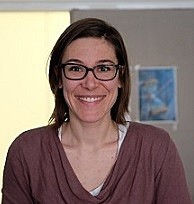 Dr Claire Le Gall is a Royal Society Dorothy Hodgkin Fellow in the Department of Physics at the University of Cambridge. Her research uses semiconductor-based spin-photon interfaces to study many-body physics in mesoscopic spin ensembles and to build distributed quantum architectures. 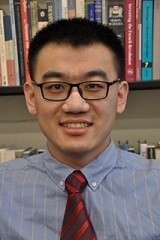 Dr Yao Wang is currently an MPHQ fellow at Harvard University. His research focuses on the theoretical and numerical elucidation of quantum many-body systems, including strongly correlated electron and bosons, nonequilibrium dynamics, and spectral characterization of quantum materials. He obtained his PhD degree from Stanford in 2017. 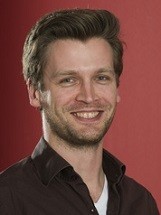 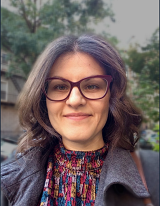 Dr. Masha Baryakhtar is a James Arthur Postdoctoral Fellow working at the Center for Cosmology and Particle Physics at New York University. She is currently pursuing the theoretical development of novel, low-energy searches for weakly-coupled particles and forces beyond the Standard Model of particle physics, as well as using gravitational-wave observations to shed light on the presence of new, ultralight particles around astrophysical black holes. 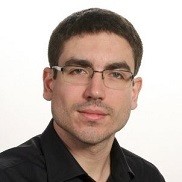 Dr. Lucas V. Besteiro is a postdoctoral fellow at the Institute of Fundamental and Frontier Sciences (UESTC, China) and the center Énergie, Matériaux et Télécommunications (INRS, Canada). His research in theoretical photonics focuses on the computational modelling of plasmonic systems, with a particular interest in their capabilities for enhancing solar energy conversion techniques.

Dr. Benjamin J. Wieder is a postdoctoral researcher in Condensed Matter Theory in the Physics Department at Princeton University.  His research focuses on combining symmetry, geometry, and topology with physics and chemistry to predict and characterize novel phases of matter in real materials.

Professor Yunseok Kim is an associate professor in the School of Materials Science and Engineering, Sungkyunkwan University (SKKU), Korea. His research interests include scanning probe microscopy studies of electromechanical, ferroelectric, transport and ionic phenomena at the nanoscale.

Marin Bukov is a Gordon and Betty Moore postdoctoral research fellow in the condensed matter theory group at the University of California, Berkeley. His research is focussed on many-body quantum and classical dynamics away from equilibrium, at the intersection of ultracold atoms, condensed matter physics, statistical mechanics, and machine learning. Before going to Berkeley, he studied at Boston University and the Ludwig-Maximilians-Universitaet in Munich.

Dr. Ganter is a researcher in the Department of Diagnostic and Interventional Radiology at the Technical University of Munich. His work mainly focuses on theory and applications of rapid magnetic resonance imaging sequences.

Professor Dr Elisabeth Soergel is a lecturer at Bonn University. Her research focuses on scanning probe microscopy, with an emphasis on calibration issues and technical improvments of the insttruments. Before going into physics, Elisabeth was  a professional cellist, and the love for music has never left her. 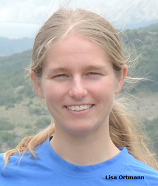 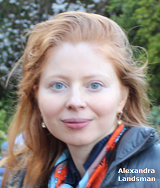 Lisa Ortmann is a PhD student in the "Ultrafast Laser-Matter Interaction Group" led by Dr. Alexandra Landsman at the Max Planck Institute for the Physics of Complex Systems in Dresden. Their research focusses on theoretical studies of the interaction of laser pulses in the attosecond regime with atoms, molecules, and solids.

The review report was provided by Lisa Ortmann under supervision of Dr. Alexandra Landsman. We want to emphasise that peer review mentoring is strongly recommended by Communications Physics

Dr Sam Vinko is a Royal Society University Research Fellow in the Physics Department at the University of Oxford, and a Research Fellow and Lecturer in Trinity College. His research encompasses theoretical and experimental investigations of matter in extreme conditions, and the use of cutting edge computational techniques to advance uncertainty qualification in large-scale complex modelling.

Dr. Eric Arturo Montoya is a postdoctoral researcher working in the group of Prof. Ilya Krivorotov at the University of California, Irvine. His current research interests are novel sources of spin-orbit torque, low-dimensional chaos in nanoscale magnetic systems, and spin superfluidity.

Professor Gonnelli is head of LaTEST - Department of Applied Science and Technology, Politecnico di Torino.  Professor Gonnelli's review for Communications Physics was completed together with Dr Erik Piatti, a postodoctral researcher in the same laboratory. Professor Gonnelli's research focuses on Andreev reflection spectroscopy and transport measurements in superconductors. In recent years he extended the research topics of his group to electric field effect by electrochemical gating in superconductors and 2D materials, as well as to ab-initio DFT calculations.

Dr Erik Piatti is a postdoctoral researcher in the group of Prof. Gonnelli at Politecnico di Torino, where he obtained his Ph.D. in physics. His research is mainly aimed at the investigation of the electronic properties of advanced materials at low temperatures and under the application of ultrahigh electric fields.

The editors have selected Dr Piatti and Prof. Gonnelli as reviewers of the month for their insightful referee work. We are also delighted to emphasise them as an example of peer review mentoring, something that is strongly recommended by the journal.

Professor Irina Novikova
Professor Novikova specialises in experimental atomic, molecular and optical physics and in particular the coherent interaction of light with atoms to control and manipulate optical properties of atomic ensembles.

Professor Robert Scholten
Professor Scholten specialises in laser and atom interactions to investigate fundamental questions in quantum physics as well as their potential use for technological applications.

Professor Michael Zaiser
Professor Zaiser's research focuses on modelling and simulations of the properties of materials. His group uses concepts from statistical physics and complex systems theory to study properties such as disorder defects and randomness in order to predict such phenomena and improve material design and performance.