Our in-house editors are PhD-level scientists with research experience. All in-house editors work full-time for the journal to oversee the review process, handle manuscripts as primary editors, liaise with our Editorial Board Members and enforce journal policy. Editors also engage in other activities on behalf of the journal, such as attending and organizing conferences and meeting with scientists at their institutions.
In-house editors work closely with our Editorial Board Members to ensure that all manuscripts are subject to the same editorial standards and journal policies. 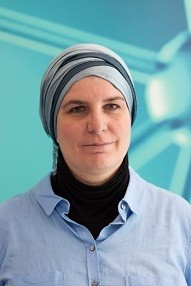 Elena has a passion for physics and is enthusiastic about continuously implementing innovative ways to serve the physics community. She holds a PhD in Astrophysics and Space Sciences from Paris VI and conducted her research on X-ray astrophysics at the CEA Saclay (France). She carried out postdoctoral research at Bristol and Cambridge Universities before moving to a career in STM publishing. Before joining Communications Physics she was the executive editor of New Journal of Physics. In addition to her Chief Editor duties, Elena handles manuscripts in the areas pf astrophysics, plasmas and atomic and molecular physics. Elena is based in the London office. 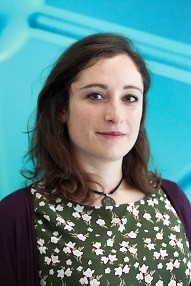 Arianna joined Communications Physics in July 2019. She has a background in theoretical physics, and holds a PhD in Applied Mathematics from Uppsala University. Her interdisciplinary research focussed on the emergence of collective behaviour in social animals, the evolution and optimization of transport networks, and collective motion in high-density crowds and crowd disasters. During her postdocs at the Nordic Institute for Theoretical Physics in Stockholm and Inria Rennes, she developed new techniques inspired by soft and active matter physics to understand and predict the emergence of density waves and coherent motion in jammed human crowds. At the same time, she pushed the experimental side of her research by collecting field data at rock concerts. She is particularly interested in the interdisciplinary aspects of physics and in the connection between science and art.

Arianna handles manuscripts in complex systems, complex networks, soft and active matter and statistical physics, as well as interdisciplinary research across these fields. Arianna is based in the London office. 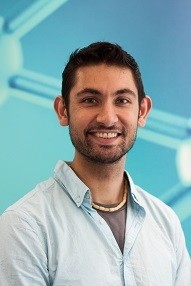 Saleem joined Communications Physics in October 2017. He obtained his PhD from the University of Glasgow investigating the synthesis and characterisation of transition metal chalcogenide nanomaterials. He then conducted postdoctoral work as a Japanese Society for the Promotion of Science Fellow at the National Institute of Materials Science, Tsukuba and later as assistant professor in the Department of Applied Physics at the Tokyo University of Science. His research interests include low-dimensional materials and iron-based superconductivity. At Communications Physics Saleem handles manuscripts in materials science and condensed matter physics. Saleem is based in the London office. 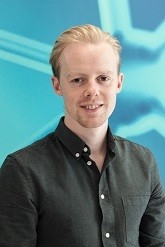 Before joining Communications Physics in April 2019, Daniel obtained his PhD from University College London, where he utilised femtosecond lasers to study charge carrier dynamics on metal oxide surfaces via pump-probe spectroscopy. Subsequently, he extended his research to a number of strongly correlated condensed-matter systems, including superconducting and charge density wave materials, at Elettra Sincrotrone Trieste, Italy. While there, Daniel also gained experience developing ultra-fast light sources based on high harmonic generation. He is passionate about equality and diversity in the physics community. Daniel handles manuscripts in optics, photonics and plasmonics. Daniel is based in the London office.