Our Editorial Board Members are active researchers recognized as experts in their field. They handle manuscripts within their areas of expertise, overseeing all aspects of the peer review process from submission to acceptance. Editorial Board Members work closely with our in-house editors to ensure that all manuscripts are subject to the same editorial standards and journal policies. 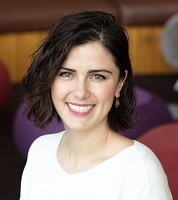 Prof. Derya Baran, originally from Turkey, received her BS and MS degrees from Chemistry Department at Middle East Technical University in 2008 and 2010, respectively and doctorate degree from Friedrich-Alexander Erlangen-Nürnberg University in Materials Science and Engineering in 2014. She then received the Helmholtz Association postdoc grant and pursued joint post-doctoral studies at Jülich Research Center (Germany) and Imperial Collage London (UK). Since January 2017, she is an assistant professor at King Abdullah University of Science and Technology (KAUST). Her research group (OMEGALAB) focus on the engineering smart materials for organic electronic applications; in particular solar cells and thermoelectrics. She was selected in 2020 for Global Young Academy membership and for MIT Technology Review’s 2018 list of ‘35 Innovators under 35’ for her development of transparent power glass that can generate electricity and block the heat for greenhouses and future buildings. As a scientist and entrepreneur, she strives to be a role model to younger generations.
Personal page 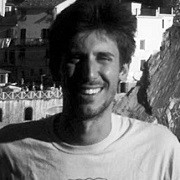 Federico Battiston is an Assistant Professor at the Department of Network and Data Science at Central European University. Before joining DNDS-CEU, he held postdoctoral positions at University College London, and at the Brain & Spine Institute in Paris. Federico holds a PhD in Applied Mathematics from Queen Mary University of London, and degrees in Theoretical Physics from Sapienza University of Rome. He works on the structure and dynamics of complex networks.
Personal page 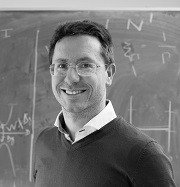 Dr Dario Bercioux is a theoretical condensed matter physicist at the Donostia International Physics Center (DIPC) in Spain. After obtaining his PhD in physics from the "Federico II" University of Naples, Italy in 2005, Dario worked as a postdoctoral fellow in Germany at the University of Regensburg, the Freiburg Institute for Advanced Studies (FRIAS) and the Freie University (FU) Berlin. He joined the Ikerbasque Foundation in Spain in 2014, first as a Research Fellow and since Fall 2019 as an Ikerbasque Associate Research Professor. His research interests include spintronics, carbon-based materials, topological matter, pseudo-spin-one systems, excitonic insulators, mesoscopic superconductivity, and electron/photon quantum simulators.
Personal page 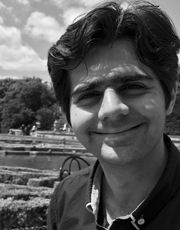 Amin Doostmohammadi is a Novo-Nordisk Assistant Professor at the Niels Bohr International Academy. He also has a cross-appointment as a Specially Appointed Assistant Professor at the Department of Bioengineering in Osaka University, Japan. Before joining NBI, Amin held a Royal 1851 Research Fellowship at Oxford University's Rudolph Peierls Centre for Theoretical Physics and has recently been awarded DFF-ERC and Villum Young Investigator Awards.
Personal page 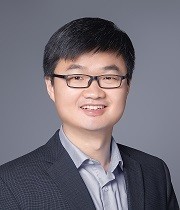 Dr. Ren-Min Ma received his PhD degree in Physics from Peking University in 2009. He was a postdoc researcher at UC Berkeley during 2009 to 2014 before joining Peking University as a faculty. His research interests include laser physics and devices, nanophotonics, light-matter interaction, non-Hermitian and topological photonics. He published over 50 peer reviewed papers, including 10 in Science, Nature and their sub-journals. He was a recipient of the National Top 100 Ph.D. Dissertations of China Award, China’s Top 10 Optical Breakthroughs of 2018 Award and APS Physics Top 10 "Highlights of the Year" of 2018.
Personal page 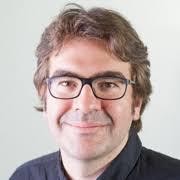 Dr Sergi Garcia-Manyes is Professor of Biophysics at King’s College London, holding a joint appointment between the Randall Centre for Cell and Molecular Biophysics and the Department of Physics, where he is the Head of the Biological Physics and Soft Matter (BPSM) research group. He has also established a satellite laboratory at the Francis Crick Institute (London). Sergi obtained his PhD in Physical Chemistry from the University of Barcelona, and conducted his postdoctoral training in the field of single molecule mechanics in the Biology Department of Columbia University in the City of New York. Sergi’s lab is interested in mechanobiology across different length-scales, spanning from single molecules to individual cells, with a particular accent on the molecular mechanisms underpinning mechanical folding of single proteins and protein mechanochemistry at the single bond level. Sergi held an EPSRC Early Career Fellowship, and has been recently awarded the Leverhulme Research Leadership Award and a Wellcome Trust Investigator Award.
Personal page 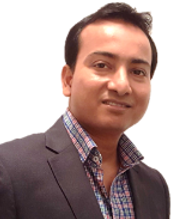 Dr. Subhendu Kahaly is Leading Scientist in Extreme Light Infrastructure, Hungary where he is the Head of the Secondary Sources Division responsible for all the laser driven state of the art attosecond, terahertz and particle beamlines. He obtained his PhD in Physics from Tata Institute of Fundamental Research (TIFR), Mumbai and afterwards held positions at Laboratoire d'Optique Appliquée (LOA) and at Commissariat à l'Énergie Atomique (CEA), Saclay, France. He has been a university topper and recipient of several academic awards. His current research interest is in the application of Laser Photonics on Materials Research and Dynamics, where he has authored over 40 publications, several review articles and book chapters and holds 3 international patents. His research group investigates the fundamental and applied aspects of intense ultra-short light interaction with gas, liquid, solid and plasma based systems in computational and laboratory experiments with a focus on attosecond science and ultrafast metrology. He has been member of the Hungarian Delegation from ELI-ALPS to several countries, is part of the ELI-ALPS Scientific Management, is in the editorial board or the reviewer panel of several international high impact journals.
Personal page 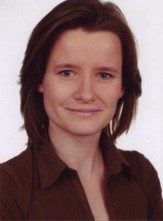 Dr Kirsten Martens received her PhD in 2009 at the University of Geneva in the field of out-of-equilibium statistical physics and pattern formation. She has been a Swiss National Science Foundation and Marie-Curie postdoctoral fellow at the University Lyon 1 (2009-2012). She is currently employed as a permanent researcher of the CNRS in the Interdisciplinary Physics Institute (LIPhy), a joint research unit of the CNRS and the Grenoble Alpes University. Her research interests include particle based, mesoscopic and meanfield modeling of the flow of disordered materials and dense active matter systems, with a specific interest in avalanche dynamics, shear localisation and the search of potential precursors in the yielding transition of amorphous materials.
Personal page 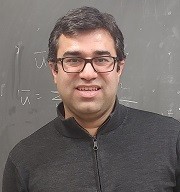 Mohammad-Ali Miri is an Assistant Professor of Physics at Queens College and the Graduate Center of the City University of New York. He earned his Ph.D. in Optics from CREOL, the Center for Optics and Photonics, at the University of Central Florida in 2014 and before joining Queens College he worked as a Postdoctoral Fellow in the Department of Electrical Engineering of the University of Texas at Austin. His research interests are in the broad areas of optics and photonics and nonlinear optics with a focus on exploring the dynamics of light in complex nonlinear and dissipative systems.
Personal page 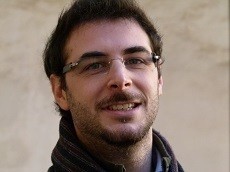 Dr Fabio Pezzoli received his PhD in Nanostructures and Nanotechnologies from the University of Milano-Bicocca. He had been visiting student at the Johannes Kepler University of Linz and conducted postdoctoral work at the Max-Planck-Institut für Festkörperforschung in Stuttgart and at the Leibniz-Institut für Festkörper- und Werkstoffforschung Dresden. He has investigated epitaxy and fundamental properties of semiconductor architectures exploring application possibilities in various fields including microelectronics and thermoelectrics. He was recipient of a young physicist award by the Italian Physical Society. Since 2019 he has been Associate Professor at the Department of Materials Science of the University of Milano-Bicocca where he leads investigations on spin-dependent phenomena in group IV materials. He is also affiliated to the L-NESS centre of Como (Italy).
Personal page 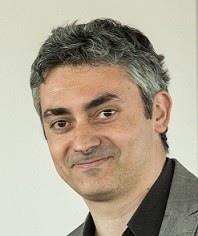 Dr Stefano Pirandola is Professor of quantum information at the Department of Computer Science of the University of York. Before joining York, he was a Marie Curie outgoing international fellow at MIT. Dr Pirandola is currently one of the lead investigators of the UK quantum communications hub, a major project aimed at building a secure quantum network in the UK. Over the years, he has contributed to the development of the “continuous-variable” formulation of quantum information.

His main interests are in the areas of quantum communication, cryptography and sensing, for which he has established ultimate theoretical limits besides designing practical technological implementations.
Personal page 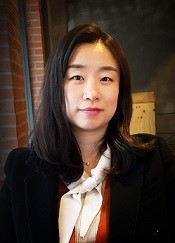 Dr Minah Seo is a senior research scientist at the Korea Institute of Science and Technology (KIST, South Korea). She received her Ph.D degree in Physics from Seoul National University including a period as a visiting scholar at Delft University. Her major is Physics with a specific interest in optics and spectroscopy of various materials in the ultrabroadband wavelength regime (visible to Terahertz). Prior to joining the KIST, she was a director’s postdoctoral fellow at Los Alamos National Laboratory in USA (2010~ 2013) working on ultrafast optical microscopy on semiconductor nano materials. After she joined the Sensor System Research Center at KIST, learning that current optical tools are rather limited in real immediate applications especially for small molecules, she has started to develop a hybrid type of terahertz optical sensing technique using nano scale metamaterials for highly sensitive and selective molecule detection. Dr Seo has authored over 70 publications and patents, including papers in Nature Photonics, Nano Letters, and Advanced Materials. She was awarded as a Young Fellow by the Korea Institute of Science and Technology in 2017.
Personal page 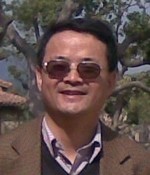 Xiangrong Wang obtained his BSc degree (1984) from Wuhan University and PhD degree (1990) from the University of Rochester. After two-year post-doc. experience in University of Minnesota, he joined the Physics Department of the Hong Kong University of Science and Technology as a faculty member in 1992. He is currently a professor there. He was awarded a Qian Ren Professor in 2010, and is guest professors of several universities and research institutions in the Mainland of China. Professor Wang is working in the field of theoretical condensed matter physics and statistical physics. His current research interests include static and dynamical properties of topological objects and topological states, magnetization dynamics, quantum phase transitions of two-dimensional systems. He published more than 150 papers.
Personal page 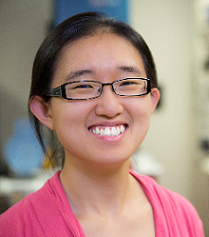 Dr Ming Yi is an experimental condensed matter physicist at Rice University broadly interested in understanding the fundamental mechanisms of emergent phenomena in quantum materials. She has in particular worked extensively in the area of high temperature superconductivity, whereby using experimental probes such as angle-resolved photoemission and x-ray scattering techniques has studied the behaviors of exotic electronic orders in these fascinating materials. She obtained her B.S. degree from MIT, and PhD degree from Stanford University, both in physics. After a postdoctoral position at UC Berkeley she started as an assistant professor position at Rice University in 2019. Dr. Yi is a recipient of the L’Oréal USA For Women In Science Fellowship in 2015, the Outstanding Dissertation Award of the International Organization of Chinese Physicists and Astronomers in 2016, and the William E. and Diane M. Spicer Young Investigator Award in 2018.
Personal page

We will be expanding our editorial board as the journal grows.